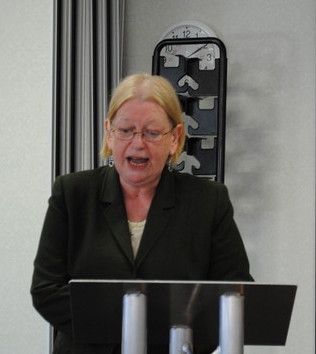 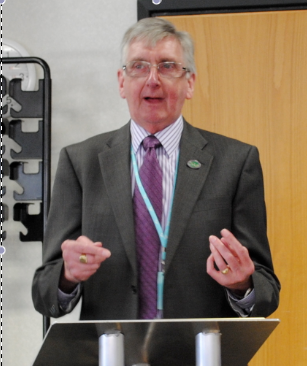 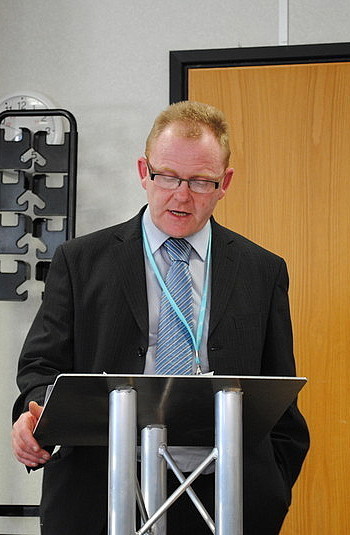 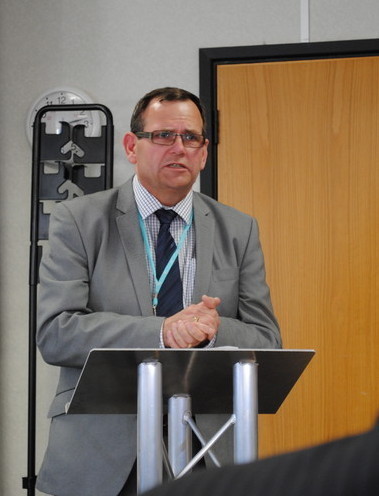 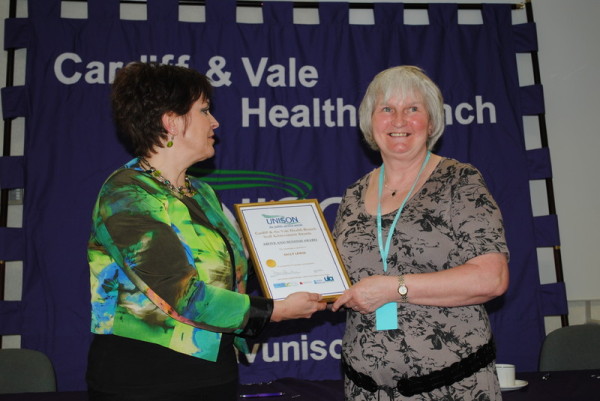 Above & Beyond - In recognition of contributions to patient care and workplace Health & Safety.

Sally Lewis, ward manager of West 5 at Llandough Hospital was the recipient of this award, Sal as she is known to her friends and colleagues, works tirelessly for her patients and staff constantly going the extra mile for people in her care, she is pictured above with Dawn Bowden, UNISON Head of Health who made the presentation.﻿

During the pension strike on 30/11/11 Sal, who was not able to strike herself due to patient care commitments, looked after the pickets at Llandough Hospital providing them with hot drinks and biscuits during the early hours of the morning through the cold and rain. She's a real diamond! 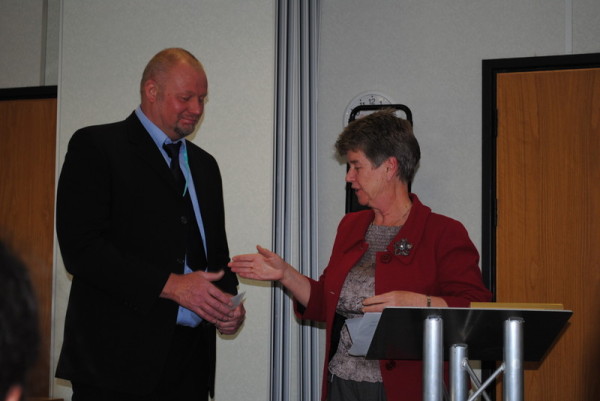 Dave Harrison & Paul Bonner shared this award, Dave is pictured receiving the awards from Jane Hutt AM, unfortunately Paul was away on vacation during the ceremony. They recieved the award for their idea to standardise door locks across the UHB. The current system has a multitude of different locks used throughout the organisation which results in huge costs and availabliity with regard to replacement. 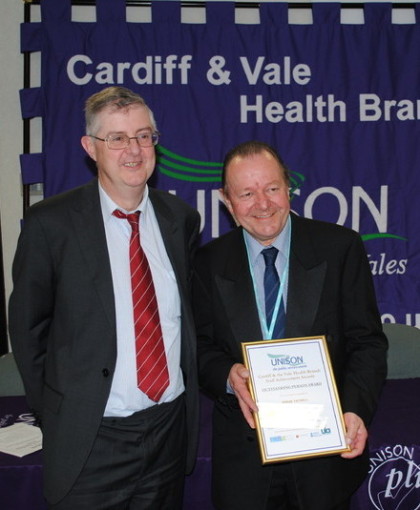 ﻿Outstanding Person Award - For a person who has made a difference in the workplace.

Steve Tatnell, a porter at University Hospital of Wales, was the recipient of this award in recognition of 45 years service to the UHB and it's predecessors. Steve is pictured with Mark Drakeford﻿ AM who presented him with the award.

Steve started work in Cardiff Royal Infirmary CRI on July 3rd 1967 at the age of 23. His employment began at ‘The Infirmary’  as a Messenger,  his duties involved delivering the post throughout Cardiff Royal Infirmary and West Wing hospital, which was then known as Glosop Terrace. During the mid 70’s Steve became a Porter and then a Lodge Porter (person who gave the jobs out) whilst at CRI. He reluctantly moved on to UHW when CRI closed in 2001.

Steve has worked tirelessly for Charity throughout his employment. He was a volunteer on Hospital Radio in UHW, during the 70’s, when it was based in LG55. He had a weekly programme for patient’s requests called Steven’s Spot. He is also well known for writing poetry and giving recitals at presentations and leaving parties at CRI. His voluntary charity work has seen him involved with Age Concern, Handicapped and Action Research For The Crippled Child. He has met Jimmy Savile when he visited in and he arranged for the famous actress Fiona Fullerton to visit a fan who was a patient at CRI.

Steve has been recognised for his outstanding service when he won the Dr David G Morgan Memorial Award in July 1987. South Glamorgan Health Authority This annual award at CRI was regarded as being made to the “Employee Of The Year”, given in recognition of outstanding service to the hospital, above and beyond the normal call of duty.

Steve has an exceptional attendance record with very few episodes of sickness throughout his long career. We asked him how he stayed so healthy, he said that “walking 10 miles a day in his job helped, that and a positive attitude, I’m always polite to people”.

We asked Steve what motivated him after 43 years, he said, he enjoyed his job, he liked meeting people and he enjoyed the patient interface and believes that this small talk is what allows him to make a difference.

Steve Tatnell really is an exceptional employee, he loves his job and enjoys coming to work, he always has done. His positive attitude and enthusiasm are infectious and only matched by his cheery smile. He is an inspiration to others! 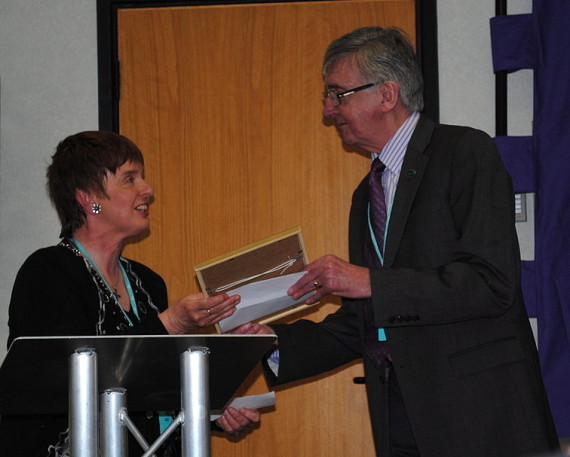 Education -  Awarded for a person who has accessed education to better their professional or personal development and in turn the workplace.

Cecilia Duffy, a housekeeper at Llandough Hospital, was the recipient of this award in recognition of her studies in Art. Celia as she is known﻿, has recently gained an A level in Art and is an accomplished painter, she is currently exhibiting a selection of her work in the main corridor at Llandough. She is pictured with Dave Galligan UNISON Head of Health (just retired) who made the presentation. 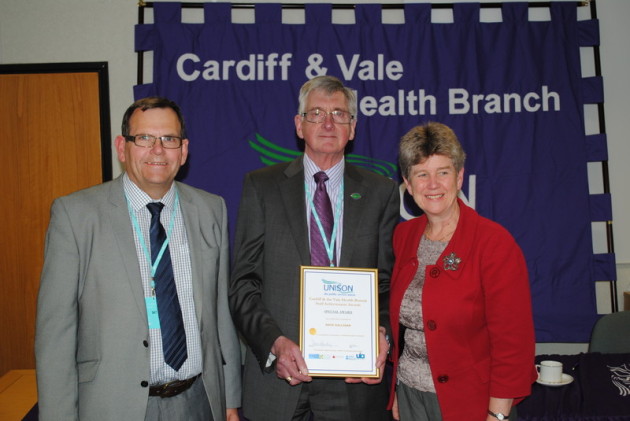 Dave Galligan, Unison Head of Health (just retired), was presented with an award for his long years of devoted service to UNISON health in Wales, he is pictured with Stuart Egan - Branch Chair and UHB Independent Member and Jane Hutt AM & Finance Minister. 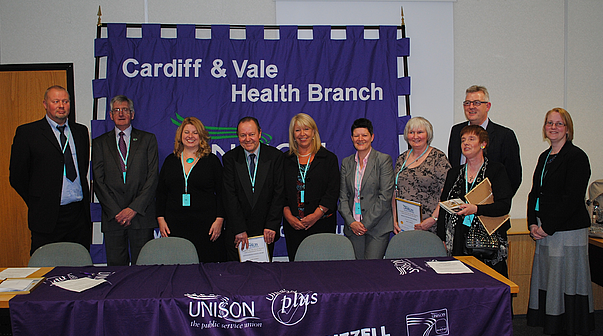 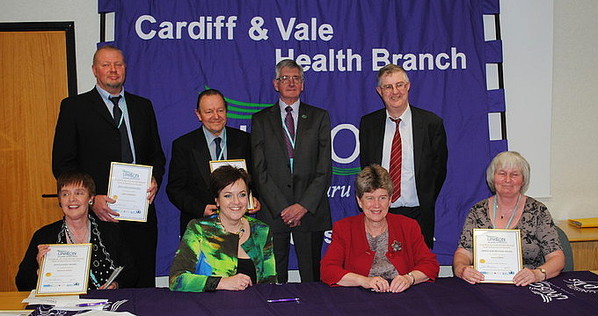 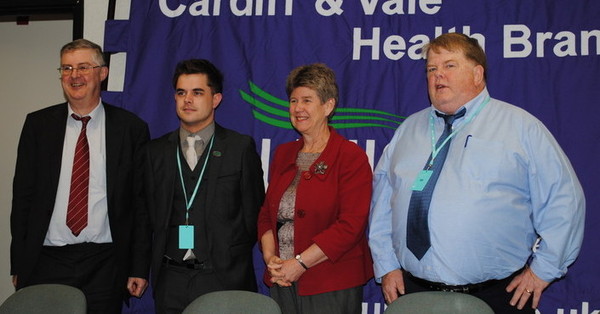 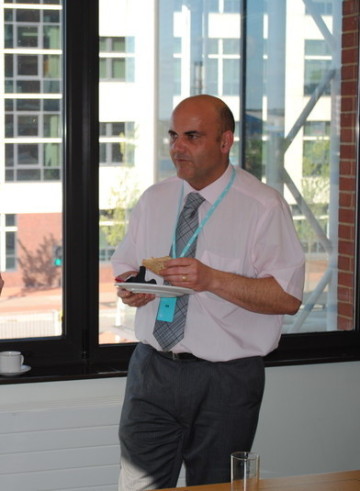 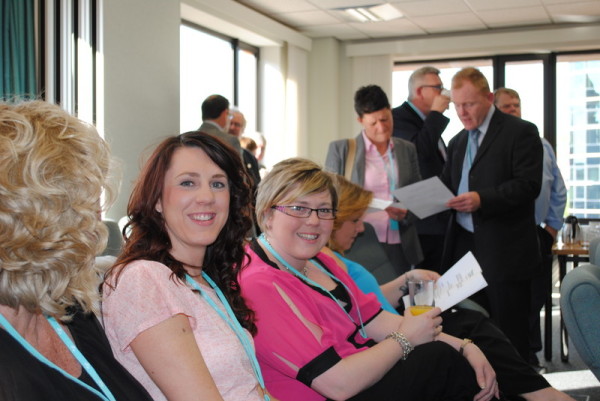 Branch Belles at the Ball 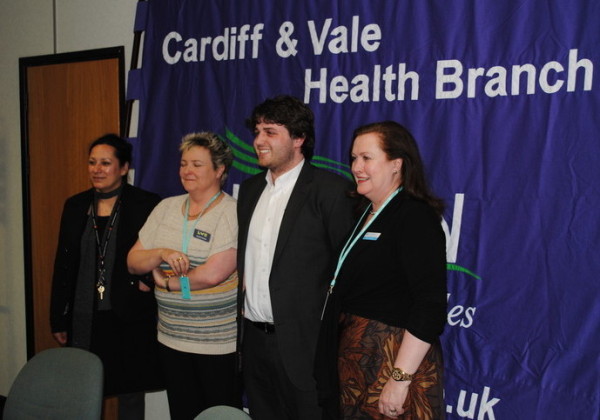